For the older versions, however, not all features will be offered, which is less due to AWS itself, but to the fact that simply VS2013 and VS2015 do not have the features at all (e.g. .NET Core).

After installing the toolkit, Visual Studio lists a number of templates to create your own project based on them. Just type "AWS" into the search bar to see the list of AWS projects. 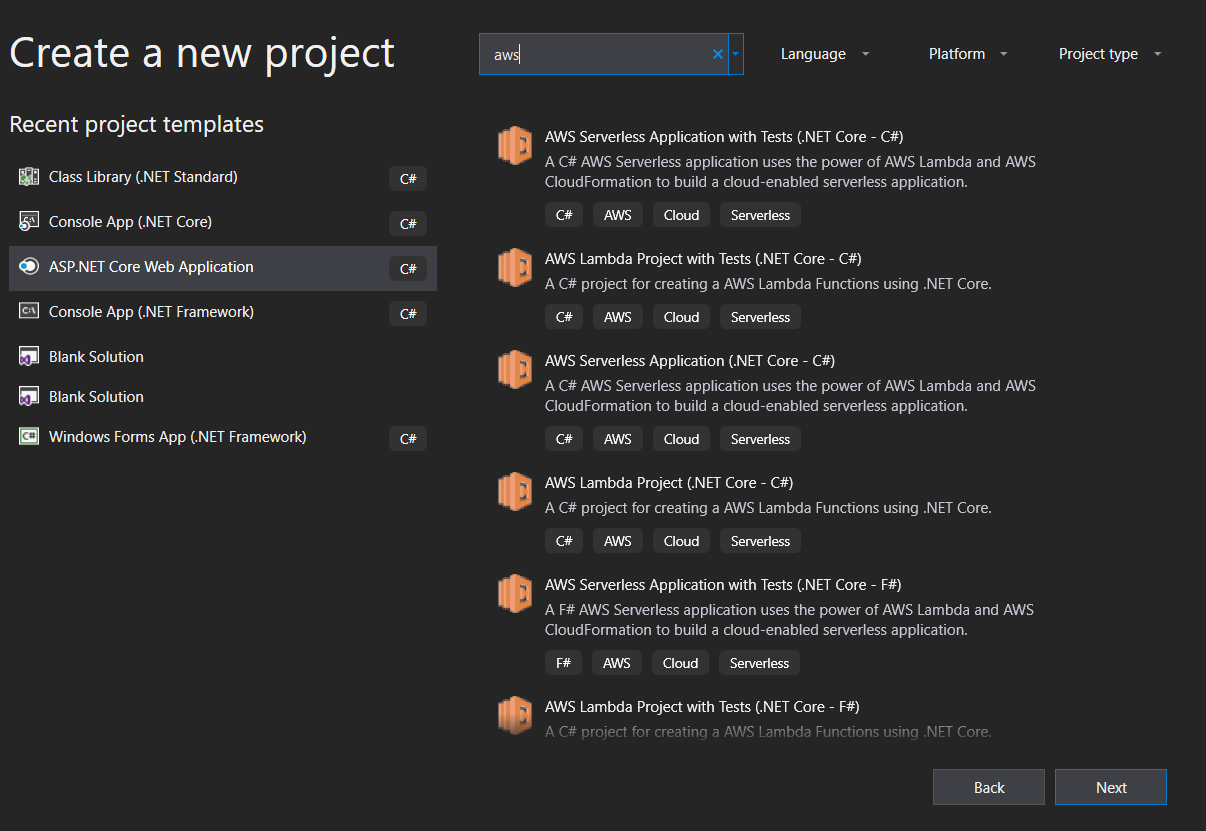 As an example I have used a serverless template, which I now have to enter additional information such as the project name, solution name and directory.

This does not differ from the standard Visual Studio templates. 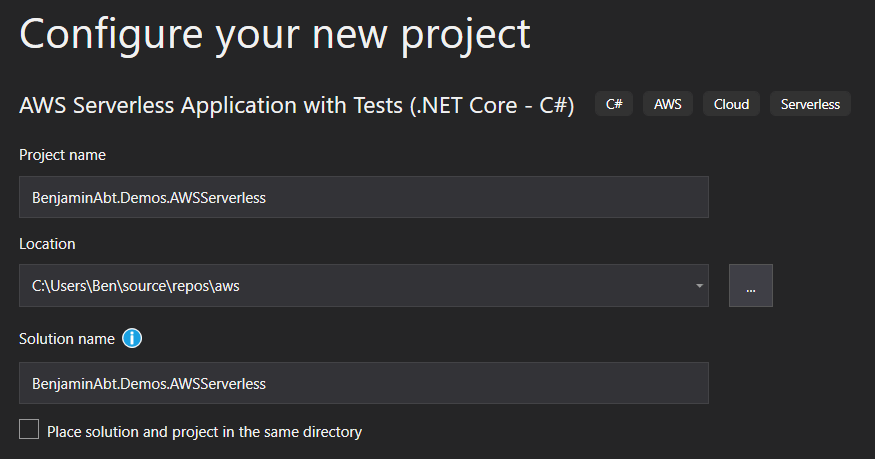 A special feature of the AWS Serverless Templates are now the so-called Blueprints.

At this point it is possible to use not only standard Lambda Functions or standard AWS Functions, but a special feature in the function world: ASP.NET Core as Serverless Function! 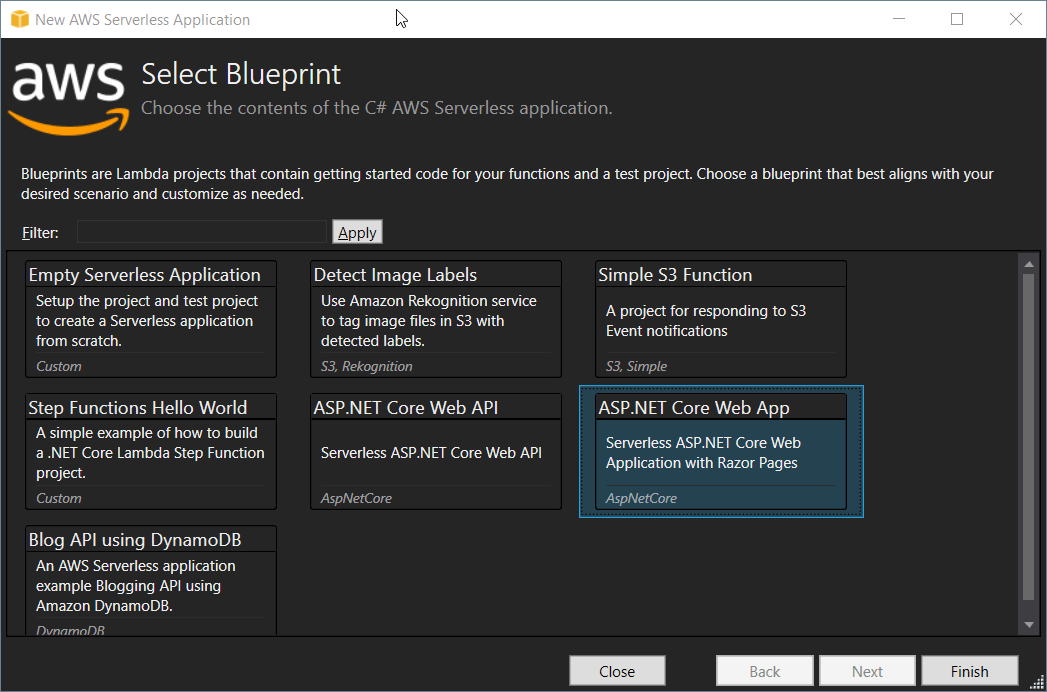 The AWS SDK offers its own entry point, so an ASP.NET core application runs as a real Lambda function! Microsoft Azure or the Azure SDK cannot do this at the moment!

This fundamentally changes the billing of ASP.NET Core Applications. Previously, you had to use "simple" functions - both in the AWS and in the Azure world - if you only wanted to pay for per request.

With the AWS SDK it is now possible to pay for an entire application per call instead of with a reserved computing power. Especially for smaller, less frequented websites ASP.NET Core becomes more attractive again! 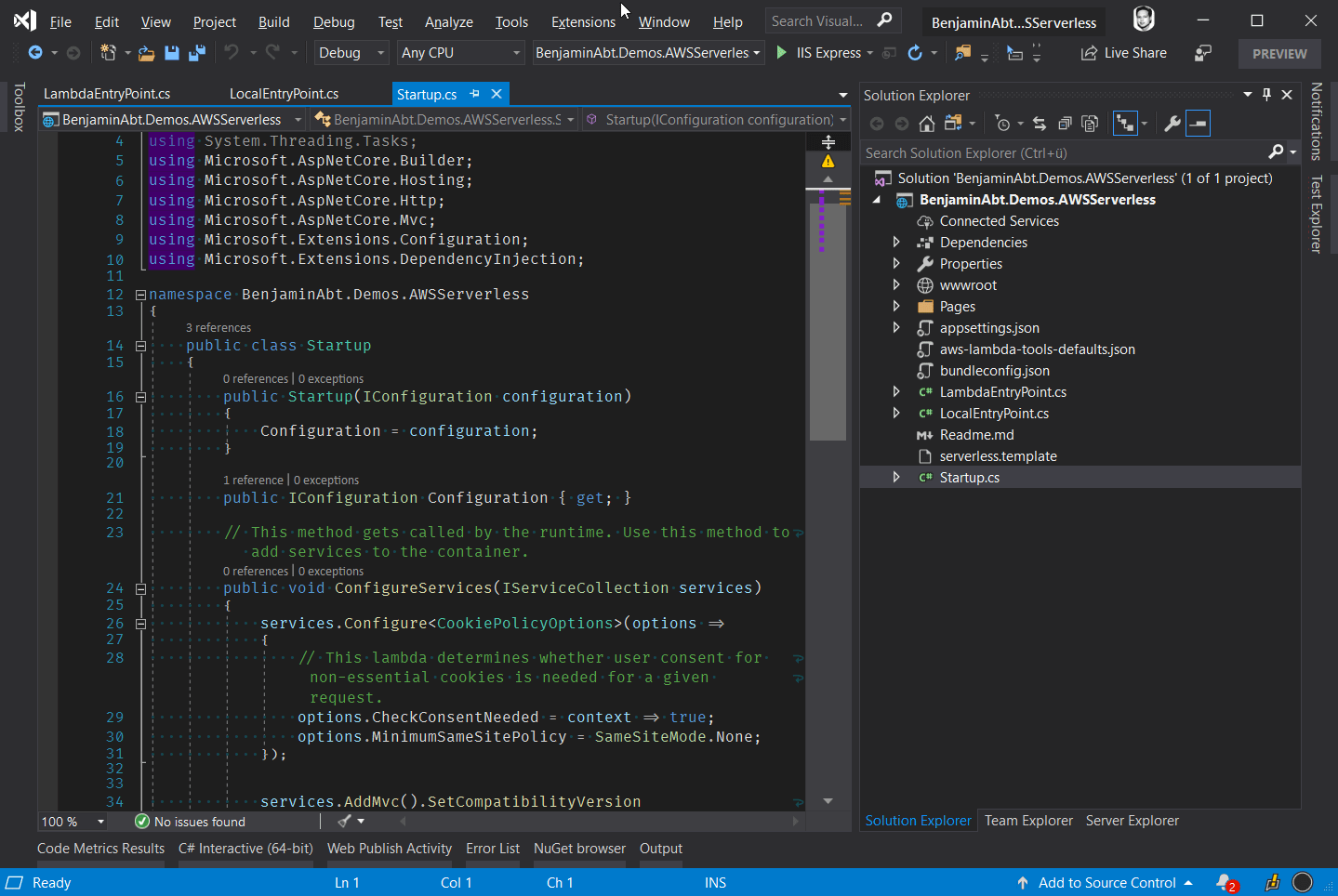 The special feature is the LambdaEntryPoint, which makes it possible to operate the application not only in a web server but also more efficiently in an AWS Lambda.

If you now start the application locally (uses LocalEntryPoint.cs ), the standard browser opens as usual with a slim demo view. 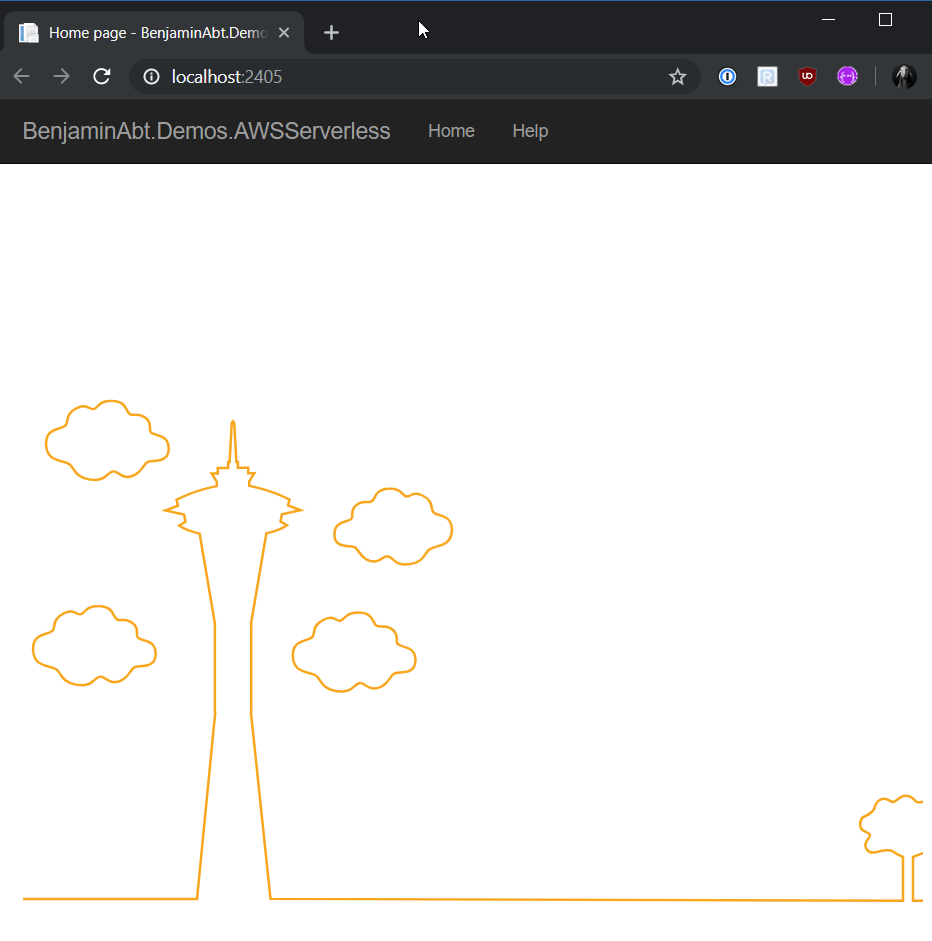 In principle, it is not a good idea to publish an application directly from Visual Studio. A real application should always be built, tested and published through a real DevOps process!

Nevertheless, the AWS Toolkit also offers the possibility to publish an application directly from Visual Studio to AWS, which is perfectly fine for demos. 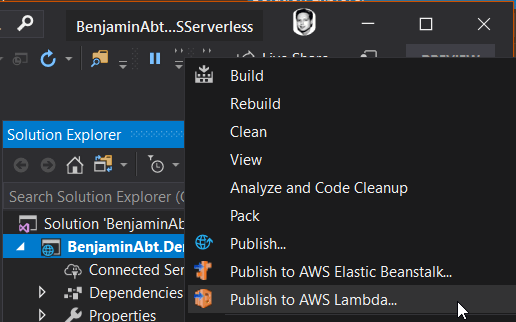 If an AWS Publish Profile has already been set up (contains AWS Credentials), in principle only the name for the storage (project output files are stored here), the stack name (address endpoint name) and the region in which the application should run must be specified.

Make sure that the application itself and also the storage must be in the same region, otherwise the deployment will crash. Unfortunately there is no warning in the Publish dialog.

If all information for the publication is given, publish can start. The AWS Visual Studio Toolkit provides a very detailed description of what happens during the release.

Done! A few seconds later, the application can be accessed via the Internet on AWS Lambda. 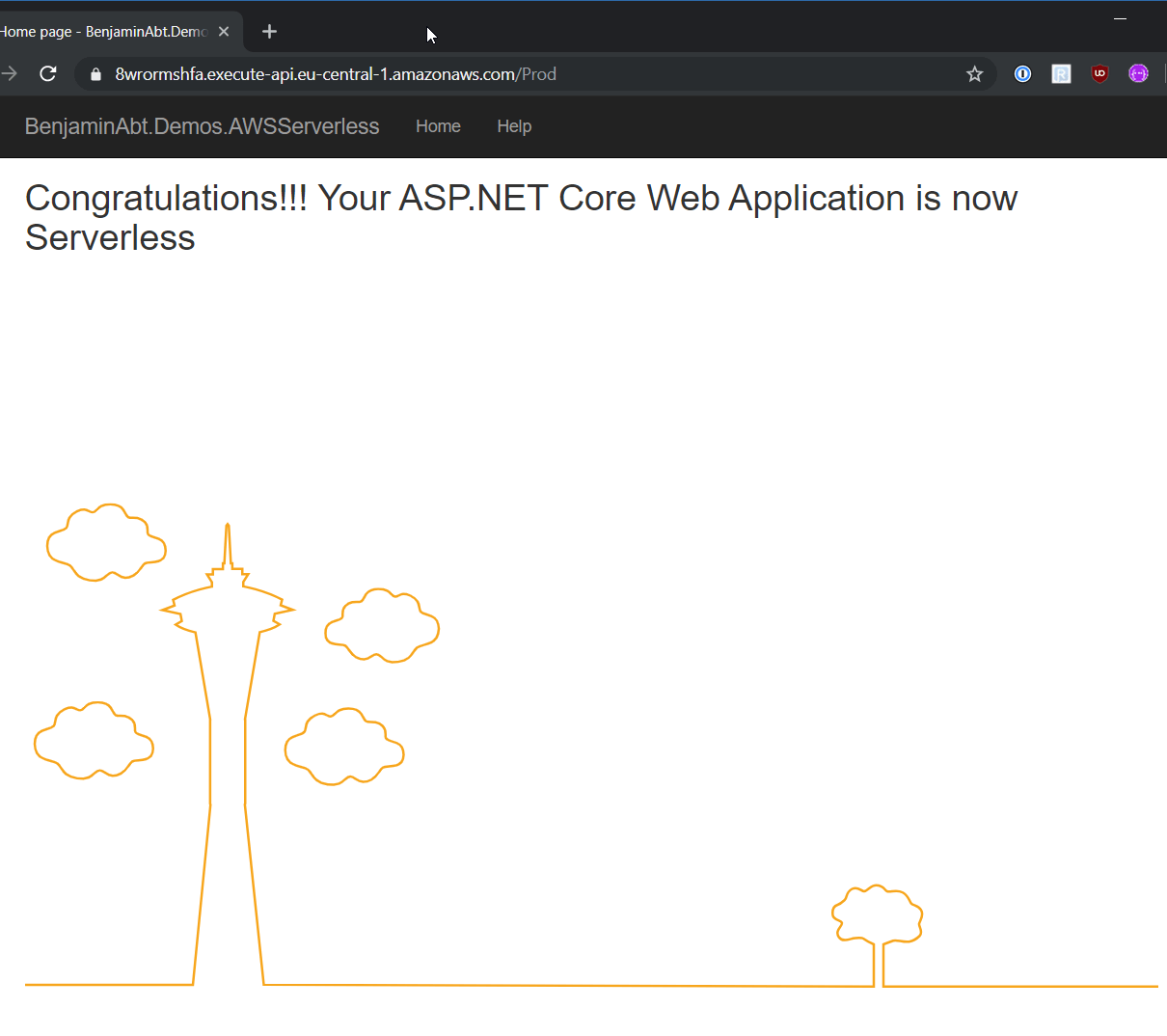